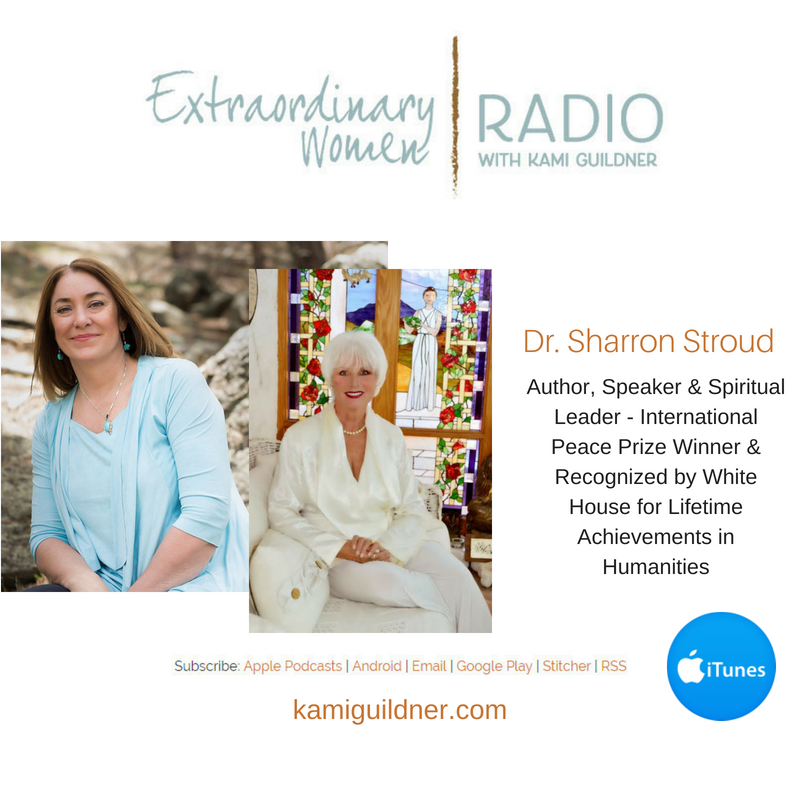 Dr. Stroud is a woman dedicated to serving the planet. The slogan “Think Globally and Act Locally” would describe what she has been about for the past 40 years. She is an author, professional speaker, and a spiritual leader. She has served the New Thought movement for 42 years as a spiritual leader.

Dr. Stroud has serves as the Spiritual Leader of Innerfaith Spiritual Center Worldwide in Palm Springs, CA. since 2001. She also serves as the Dean of the Institute of Successful Living.

In our interview, Dr. Stroud shares life stories that have shaped her life and the wisdom she has earned along the way. She says that “Whatever the present moment is, act as if you chose it. Work with it.” This is such a powerful statement. We talk about courage, confidence and callings. And yes, because Dr. Stroud is a Minister of Peace, we talk about peace on earth.

Dr. Stroud is the President Elect of The International Foundation for World Peace and Research, in which she goes all over the world lecturing at Universities and Institutions of Learning. Most recently at the Cultural Arts Festival in India in January, The International Congress on Art, Science, Communication and Technology in Edinburgh, Scotland, Madonna University in Nigeria, Africa, the University of Istanbul Medical Center in Turkey, The University of Zagreb in Croatia, The University of African and Oriental Studies in London, England, Essen, Germany, Queen’s College in Cambridge England and Oslo, Norway.

Her list of awards is impressive and lengthy and includes:

You can learn more about Dr. Stroud on the Innerfaith New Thought Spiritual Center Palm Springs Facebook page or on her Facebook page.

Dr. Stroud carries a message of peace and harmony, while engaging in charitable acts of forgiveness and love – and I’m so honored to have Dr. Stroud with us today. Let’s meet Dr. Sharron Stroud.